your car, our care

The best service for the best cars

your car, our care

Comfort Car Care specializes in the storage (parking), sale, importation and maintenance, cleaning and detailing of luxury cars. Comfort Car Care is distributer for Spain of Modesta Glass Coatings and authorized and exclusive Swissvax Car Care Center for southern Spain. With Comfort Car Care we have created a true 5 star hotel for your car near Malaga airport. We offer service, quality and security.

Airport pick-up and delivery included
in our service

VIP service. No shuttle buses. We deliver your car personally on arrival and pick up on your departure straight in front of the airport terminal. Quick and eficient.

We always have some cars for sale, of course only when they technically and cosmetically are in good condition. If you want to sell your car please contact us and we will explain you the way we work. You can also let us know the car you are looking for and we will find it for you taking care of all documentation and bringing the car to our premises from abroad if needed.

We offer you a complete package of services. This is why you can leave the care of your car in our professional hands. We are specialised in detailing exclusive cars, taking care of maintenance and reparations, paint jobs, ITV/MOT tests, importation, exportation, transportation etc.

“For years I have been a satisfied customer of Comfort Car Care.
They offer a perfect service and are always punctual and proactive”
– K. Slagman

Since he was a child he yearly spent his holidays on the Costa del Sol and later part of his family went to live there permanently. This is why this place became a much desired place for Tim to live there as well. 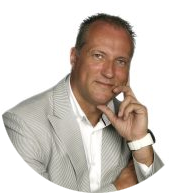 In 2002 he took the big step, sold his businesses in The Netherlands and came to live on the Costa del Sol. In 2004 he started his first company in Spain, called Comfort Marine. Comfort Marine is active in the sales, maintenance and management of mid-size yachts on the Costa del Sol. The emphasis lies on service, quality and confidence. In 2010 he added another company to the Comfort Group, called Comfort Car Care. Comfort Car Care offers parking with (VIP) airport service, high-end car detailing, sales, importation and exportation of luxury cars and several other services related to exclusive cars. The proven idea is to be a true 5 star hotel for cars. And also at Comfort Car Care the emphasis lies on service, quality and confidence.

“I got to know Tim Bakker as a person with passion for cars. It did not surprise me at all that he only wanted staff with the same passion in his team.
I trust my car in the safe hands of Comfort Car Care.”

make profit out of knowledge and experience

Would you like to be informed about novelties in the car industry and be invited for special events? Please subscribe and become a member
for free of the Comfort Car Care Club.

SUBSCRIBE
Maps were disabled by the visitor on this site.
Scroll to top